Posted by alfanatical on November 29, 2016 in Alfa Romeo press releases

BBC Top Gear Magazine and the public are in agreement: the all-new Alfa Romeo Giulia Quadrifoglio is 2016’s ‘Best Car’.

The Giulia Quadrifoglio, the most powerful Alfa Romeo ever created for road use, has been crowned winner of one of the most coveted awards in the motoring industry. 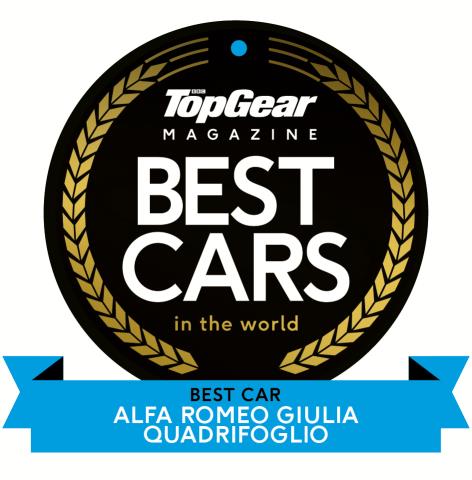 Not only that, but the flagship Quadrifoglio model, powered by a new 510hp, 600Nm Bi-Turbo V6 petrol engine and capable of 0 to 62mph in just 3.9 seconds, scooped the top prize in the first ever public vote for ‘Car of 2016’.

“The Giulia is modern and high-tech but the proposition is simple: engine, handling, beauty,” said Top Gear magazine. “Those are things we want from Alfa. The Giulia over-delivers.”