Posted by alfanatical on September 24, 2015 in Auction news 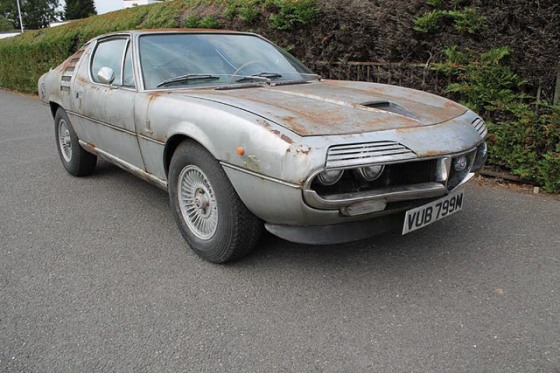 The Montreal has covered just 38,000 miles in more than four decades, and has been barn stored since 2011.

Bodily it is in need of restoration, the shell showing more than a few signs of the dreaded Alfa rust curse, but mechanically it is in tip-top condition, so the buyer has a straightforward task ahead before proudly taking to the road with his new acquisition.

The Montreal V8 had had only two previous keepers from new. Last road usage was in 2011 when the owner intended to embark on a full restoration which sadly never took place.